iPhone Astrophotography - Why the iPhone needs a users manual

So, (and forgive me for starting my sentence with "so") imaging Jupiter last night was a bust.

I did manage to get the electronic controls working on my telescope, which was a good thing.  Although wobbly in the mount, there is an electronic altitude-azimuth remote control with several different speeds at the push of a button.  I managed to tighten the mount the other day and get the controls working for the most part.

When I went to image Jupiter, I got a nice view of the moons, but a very over-exposed disc of Jupiter itself. Here's a single image taken with the iPhone: 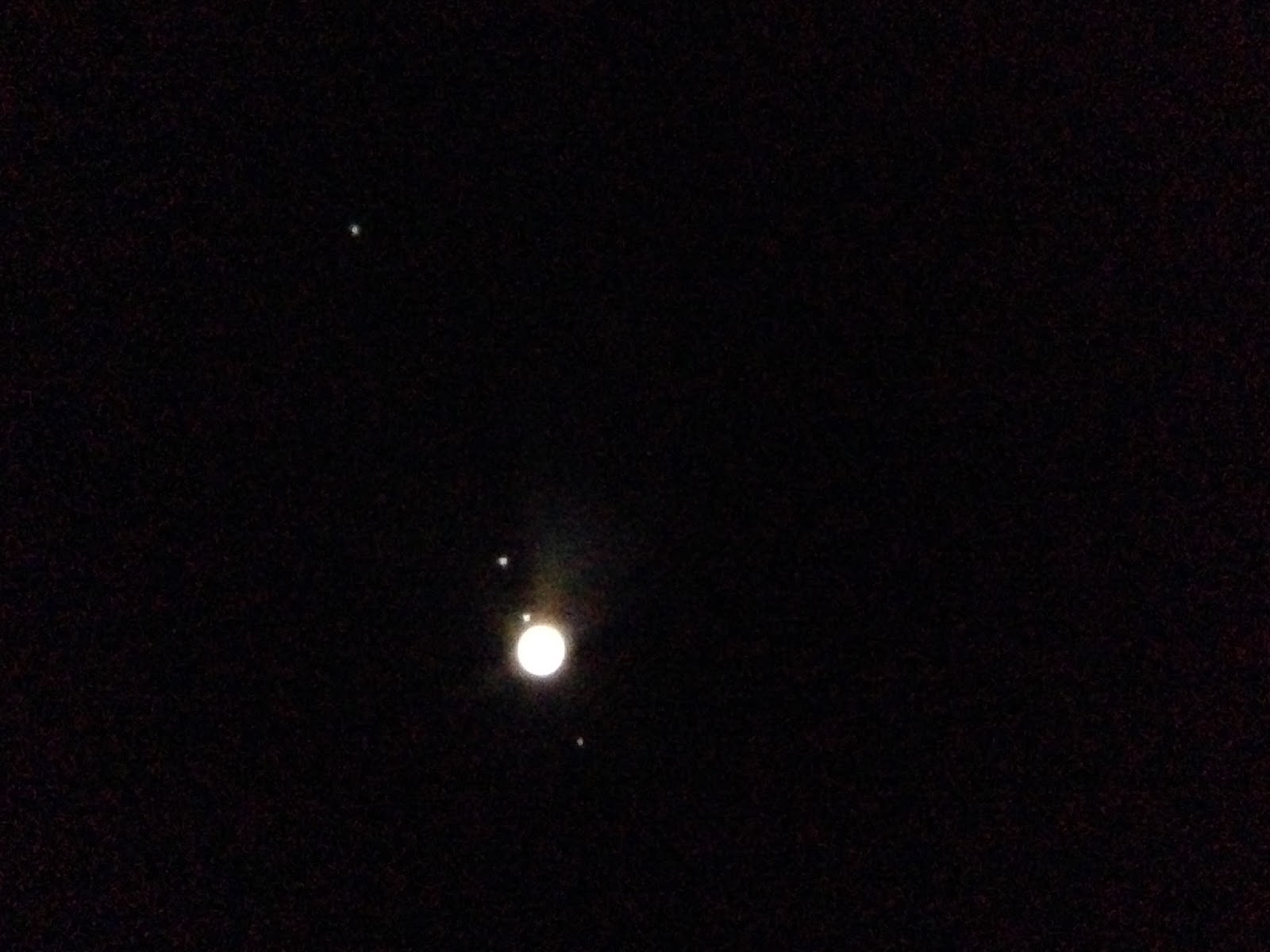 I've been encouraged to use a stacking program to combine images for a better view of the disc, so I captured some iPhone video.

I downloaded RegiStax (a very quick and easy download), and went to upload the iPhone video, but RegiStax only accepts .avi, .mpg and .mp4. The iPhone records in .mov.

I went to zamzar.com to convert the videos to .avi and then uploaded to RegiStax.  Without looking at a users manual, I stepped through the program, but just wound up with an overexposed single image of Jupiter and the moons: 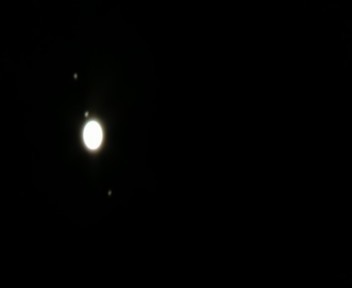 It's been very frustrating.  I've been trying to find a way to trick the iPhone to have less exposure. I've tried pointing it at the moon and locking the focus/brightness, then swinging over to Jupiter, but last night the moon was not to rise till much later.

Gee.  If only there was a way.

Then, I thought that there may be a way to control the brightness. I played around this afternoon and stumbled on the following:

If you lock the exposure/focus, you will notice a sun icon to the right. Simply sliding your finger vertically on the screen will incrementally brighten and dim the exposure!

Now why didn't anybody tell me that?! 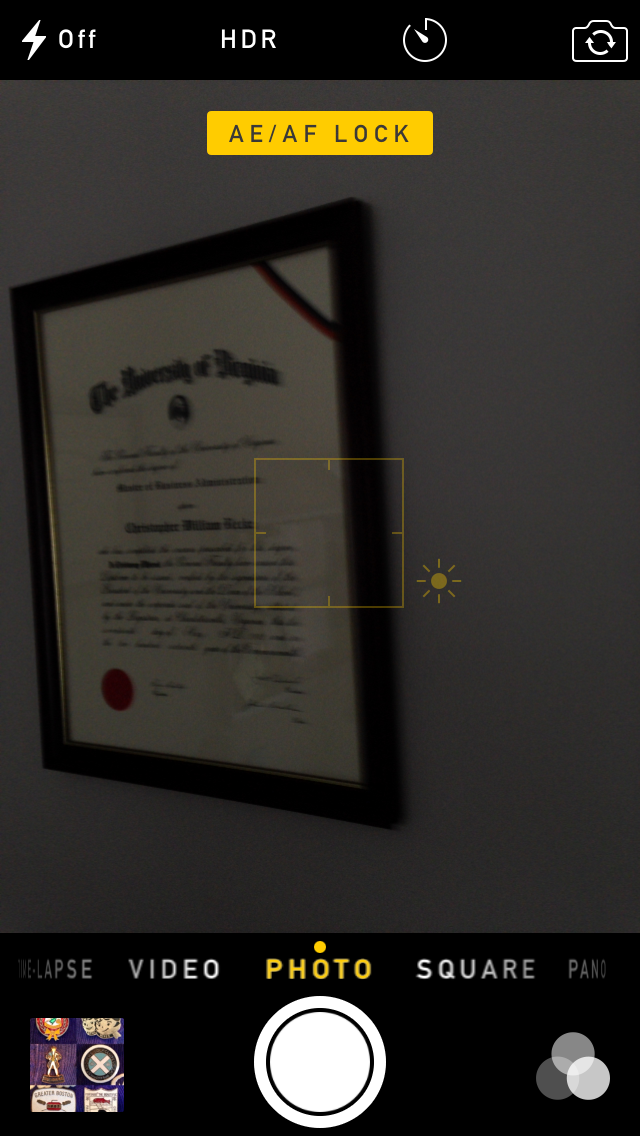 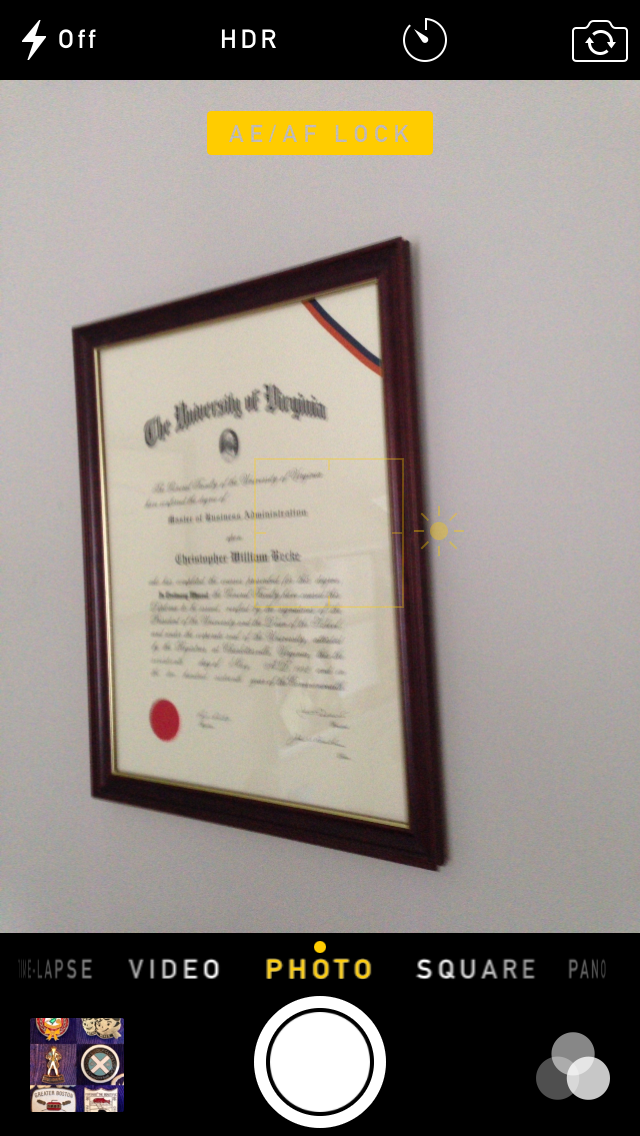 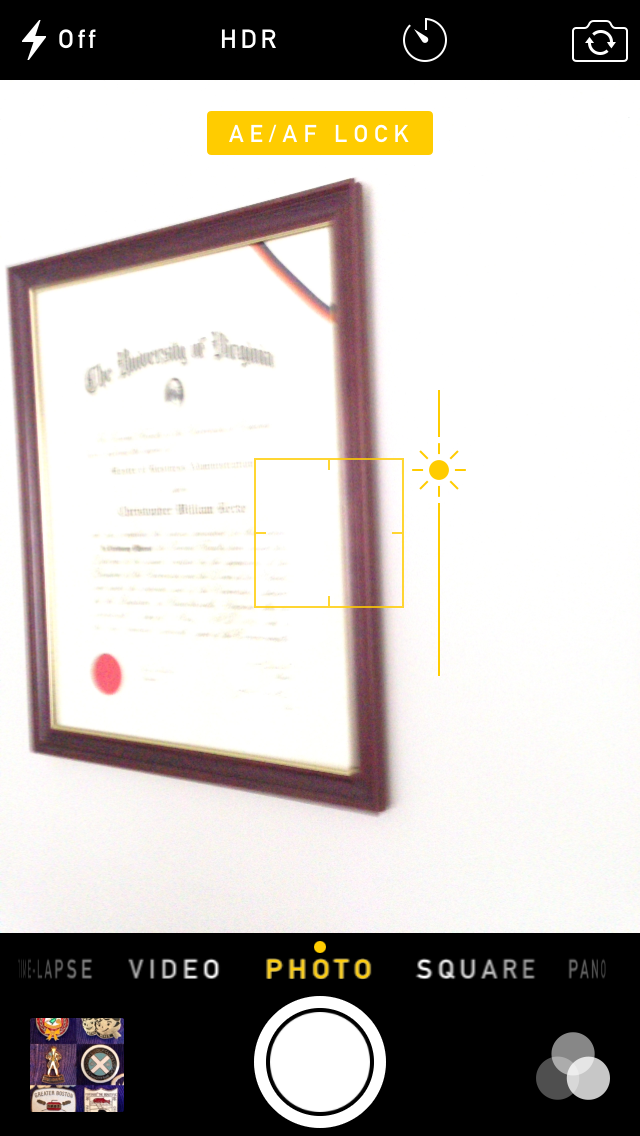 So next time I have clear skies (which doesn't look like it'll be for a few days), I'll try "dialing down" the brightness on Jupiter before taking video and then stack that. Wish me luck!

(Oh, and if anyone can tell me if it's possible to record in .avi instead of .mov, that'll help a lot!)