Getting to the Space Station

NASA provides several opportunities for educator professional development. I had the opportunity in June of 2015 to attend the WRATS workshop, Wallops Rocket Academy for Teachers and Students, at NASA Wallops Flight Facility on the eastern shore of Virginia.

On the last day of the program, we got a tour of the Horizontal Assembly Building , where the Antares rocket is assembled and prepared for flight. This rocket was developed by Orbital/ATK, one of the private corporations that has contracted to supply the International Space Station. 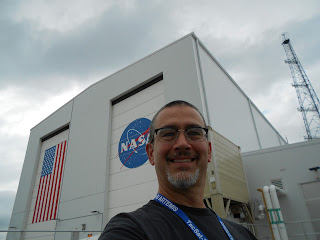 The main building is a single hangar big enough to simultaneously prepare two Antares for launch. At the time of my visit, they were preparing for a March launch, the first since the mishap on 10/28/2014. 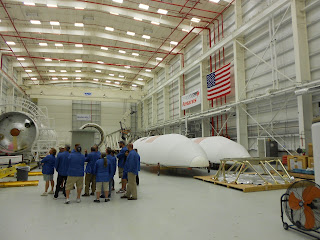 A tour from top to bottom:

The Payload Fairings come together to enclose the Cygnus supply vehicle. They are constructed of a thin carbon fiber honeycomb. As soon as the vehicle escapes the atmosphere, charges are fired to split the fairings and levers at the bottom work to wedge the fairings apart, exposing Cygnus. 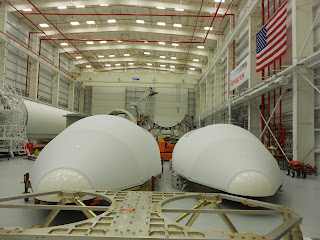 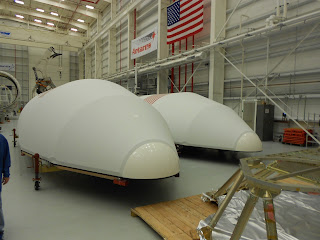 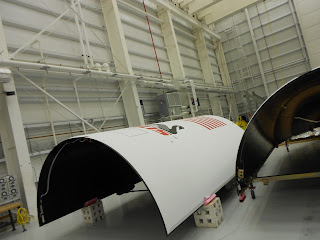 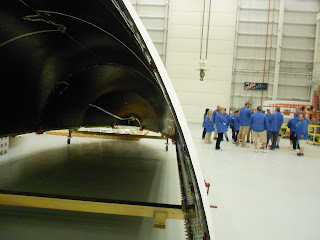 The Cygnus sits atop a second stage, which is fueled with solid propellant, similar to the Space Shuttle's boosters. The second stage is bolted to the first stage, but is released when a ring of explosives is fired to cut the two apart. This ring is seen in gold at the base of the black cone to the right in the second picture below. 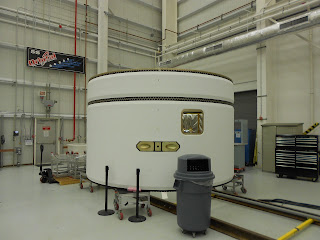 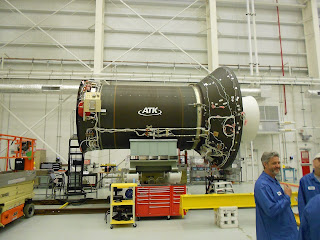 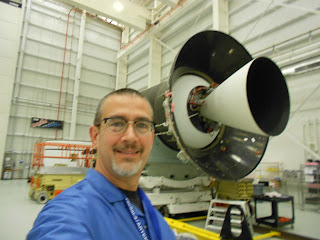 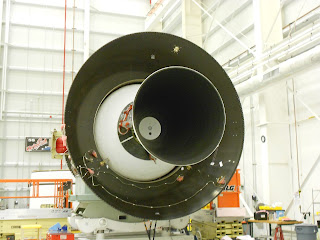 The second stage attaches with a connecting ring (center, below the American flag) to the first stage. 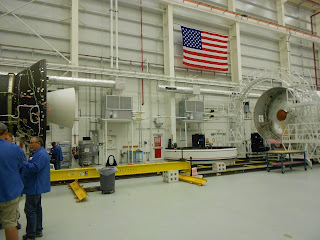 The first stage, also known as the "core" contains two large tanks, one for liquid oxygen and the other for kerosene. The core remains empty until the assembly reaches the launch pad, where it is filled and pressurized. 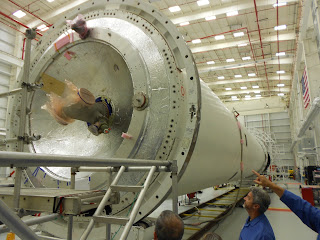 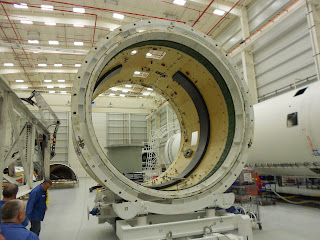 The engines (not yet at the assembly building) are attached to the bottom of the core within this final cylinder. The diagram below shows a cut-away view of the assembled Antares. 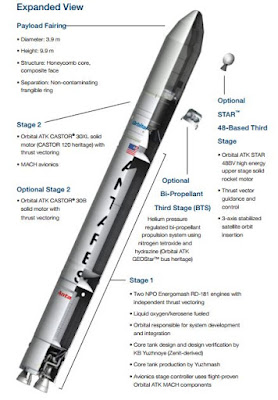 Once assembled, the Antares launch vehicle is lifted onto this structure and wheeled out to the launch pad, by a driver walking by its side steering with a joystick, where it is raised to a vertical position. 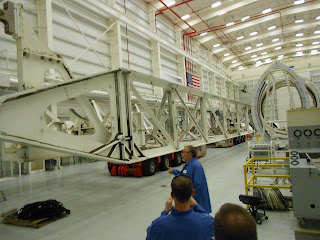 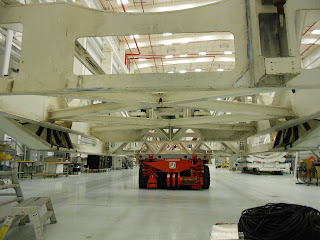 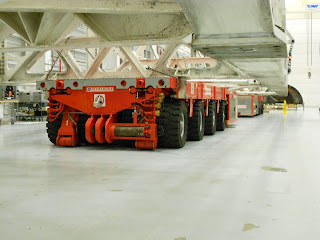 It was a once in a lifetime opportunity to get a private tour of this operation with the fellow members of the WRATS 2015 workshop. 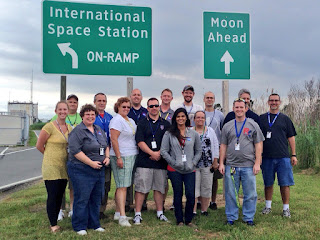